Welcome back readers to ‘Meet DCG’! This is our TENTH installment of the series. We hope you are continuing to enjoy getting to know those that play a big role in DCG behind the scenes.

Josh is our Vice President of Sales and Marketing here. He enjoys playing tennis and golf in his free time when he isn’t getting a head start on work. Josh also enjoys traveling and flying planes. Would you trust him as your pilot? If so, keep reading to learn more! 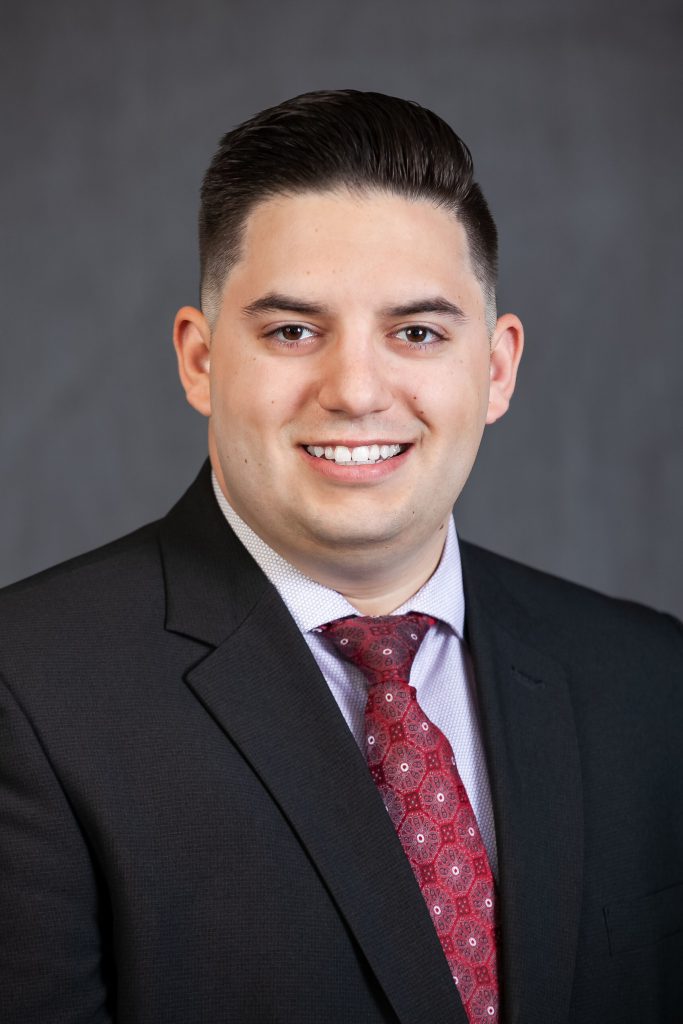 Guide us through your career journey: How did you end up here?

I graduated in 2009 and spent most of my time the few years after working for a media company making sales. From there I left and went to AT&T during the heart of the recession here in the Midwest and from there I spent a small amount of time working in marketing for a local Chick-Fil-A. After that,  I went to work for Toyota back in sales. After an extended period of time, I made the transition into technology and went to work for COX Automotive working on their CRM platform. I then decided to  work for an automotive CRM startup and after about 8 months the project was scrapped and I was laid off , so I came to work for Dynamic Consultants Group doing sales, consulting and marketing. Now the team is 3 in marketing, and sales is growing as well. I spend most of my day currently working with partners and prospects on Dynamics 365 and Microsoft projects.

What motivates you in your career?

When I was younger, it was money and success. Now, it’s the passion of watching companies transform and grow through new technologies. It’s that passion and joy that wakes me up every day — finding something that I love helped me see beyond the material things, such as money and success and I am now able to see the good in what I do. Helping companies, which help people, and the people who help communities, which are the communities that we live in and grow up in; being able to see them become better places for all of us.

What is your favorite Microsoft product that we offer and why?

My favorite Microsoft products are Azure Machine Learning and Cognitive Services because the power and the capability these tools have to change the world that we live in, to eradicate hunger, disease, and cancer. To work for a company whose founder spends his life working to make other peoples lives better is a fantastic thing, and these products are helping organizations to achieve this.

What influenced your decision to become part of DCG?

Short answer: A layoff. Long answer: Dustin (our CEO) and I have known each other for years, and many times the idea had come up about me working at DCG. However, I never felt it was the right time to make the transition. Fast forward to 2016, and it was two weeks before Christmas, I was working for an Automotive CRM startup, called Avendas, an SNH Inc. project. They hired a new VP of Operations and he canned the project and let everyone go. My close friend and I were now both jockeying for the same job and had both interviewed. I called Dustin, and we agreed to meet for lunch, at that time, I knew it was the time to come over. I called over to AutoAlert and let the hiring manager know I was taking a different position. Two weeks later, I was with DCG… the rest, as they say, is history.

What technology invention made the most impact on your life?

The iPhone, utterly because it transformed the way I work, conduct business, travel and live. It plays a significant part in my daily life, almost as much as the internet does.

What advice would you give to our readers if they are unsure about switching to Microsoft Dynamics 365?

If you’re looking at point solutions, there are better options. However, if you’re looking for a platform, that can remove disparate systems and give you a depth of reporting that you can only dream of, then make the switch. Dynamics 365 is a great platform that Microsoft has invested billions in to make it the market leader. With Microsoft’s IaaS, SaaS and PaaS offerings at an all-time high,  their industry-leading advancements in data visualization tools, and AI – it’s a no brainer.

Would you instead go 30 Days without your phone or your entire life without dessert? Why?

How would you spend one million dollars?

I would evenly distribute it as follows: 30% to Charities, 40% to Investments, 20% to Personal Spend, and 10% to Savings. The charities would be several Christian organizations and the Michael J Fox Parkinsons Research Foundation, a charity I’ve donated to for years.  The investments would be a mix of real estate, technology, and energy. As for personal spend, a new house, pay off debts, nice vacation for a couple of weeks, and that’s about it.

If you didn’t need a job, were healthy, and had plenty of time, what would you do?

I would relax, read a ton of books, play golf, and fly small planes across the county.

If you could meet one person, living or dead, who would it be and why?

Former President Ronald Reagan, since I was a child I loved watching President Reagan and listening to his speeches, his humor, and wit, along with his political prowess made my interest grow. I would enjoy spending an evening discussing American Politics over dinner at Rachno del Cielo, his home post-presidency.

What job would you be terrible at?

A job I would terrible at would be a Crab Fisherman. I know it’s random, but I just wouldn’t succeed in that type of role.

How do you wind down after work?

I enjoy reading. My favorite books to read are Tom Clancy, as well as motivational, and business books. I also enjoy playing guitar and cooking.

What is your secret talent?

Who would you most like to swap places with for a day and why?

Satya Nadella, to see what his creativity, wisdom, and knowledge would bring to DCG, and to see what it looks like running Microsoft for a day.

If you could choose your age forever, what age would you choose and why?

32, it’s the perfect balance of youth and age. You’re old enough to do anything you want, with enough financial stability to do it, and young enough where you don’t have to worry about it.

What is your most interesting/embarrassing office story?

Back when I wore glasses (I’ve switched to contacts) I once, knocked myself out and got a concussion by misjudging the distance between the ground and the table as I was reaching for a pen I had dropped. I went to pick it up, hit my head on the table, fell back, and smacked my head into a concrete wall.

If you had to be reincarnated as an animal, what animal would you be and why?

To be practical, I’d say a horse, a majestic animal that is dependable and hard-working. However, if it was up to me, an Eagle. The symbol of the nation that I love so dear, noble and soaring across the most beautiful country in all the world, looking down with a watchful eye.

What is still left to do on your bucket list?

About 400 things, some of which are to travel to more of Europe, and go back to Africa again. Skydiving, climbing Mount Everest and driving a Ferrari along the French coastline.

What would the title of your autobiography be?

My autobiography title would be, A Mile of Runway, Living life in Seat 1A

If you could visit any place in the world, where would it be?

I would have to say, Prague, Czech Republic. It’s a modern city, yet old world with a touch of mid renaissance flair.

What is your biggest pet peeve?

My biggest pet peeve would have to be people who treat servers poorly.

What do you think the secret to a good life is?

The secret to a good life is taking time to relax, and enjoying the little things in life.

I think it’s safe to say, Josh is passionate about his work and enjoys his downtime when he can. We hope you are still enjoying reading this series. See you next month on our ELEVENTH installment of MEET DCG!

Samantha is the Partner Marketing Manager at Dynamic Consultants Group. She has a bachelor’s and a master’s degree that are marketing communications related. She has been working in the Marketing field for 7 years now. Sam specializes in creating the content strategy for the marketing department, publishing blogs, planning and organizing all aspects of company events, conferences, and the overall marketing department’s day-to-day tasks. She is passionate about the tech community because of the constant innovation that occurs, especially in the Microsoft Partner Network.

Annual Microsoft Events to Keep on Your Radar